LegoLord says he hasn’t built anything for four years, but this impressive castle shows those skills haven’t grown rusty through misuse. The landscaping and lake are nicely done, and the fortress itself has a realistic feel, as if it had been built over centuries, reinforced by a succession of nervous Lords. Far too many LEGO castles are starkly symmetrical, whereas this build has different heights and styles of tower dotted around the external wall. 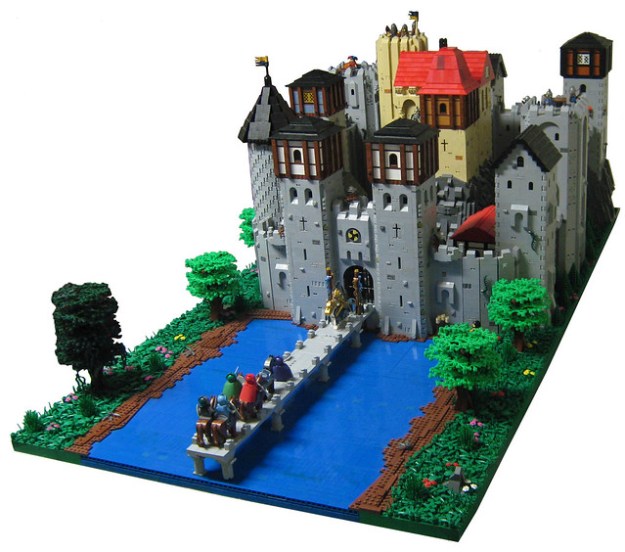 Zooming in on the details pays dividends — don’t miss the central keep atop its plug of rock, tan walls and red rooftops offering a nice contrast to the surrounding gray and brown. But it’s this close-up view of the walls which reveals the effort LegoLord has gone into to avoid the dreaded BGW — “Big Gray Wall”. The buttressing, the scattered inclusion of textured bricks, the nicely-placed patches of foliage — all come together to create a convincing impression of weathered stonework. 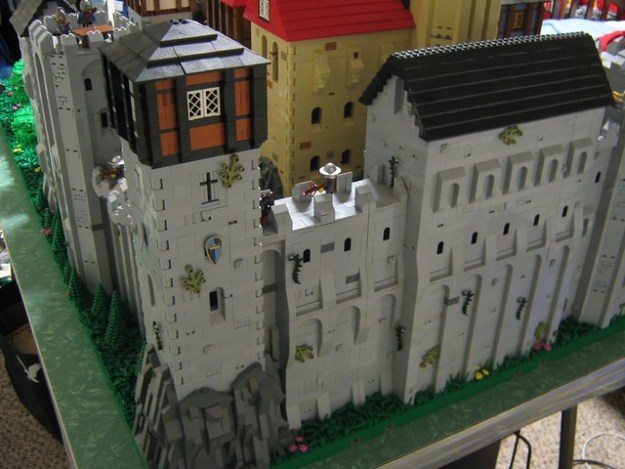