We all know Batman only builds in black, and sometimes in very, very dark grey. But it seems like he’s made an exception to his rule, and it turned out pretty sweet. We have to thank Lucas for giving the Batmobile from Dawn of Justice a new shade — even if the light grey sees it remains at the darker end of the spectrum. A little something special for Comish Gordon too — a redesigned Bat-Signal in the same hue.

The post Bat-rules are made to be broken appeared first on The Brothers Brick.

The second half of Forms of Gotham collection includes many of the staple Batman characters. The dark knight himself finally makes an appearance, as does his arch-nemesis the Joker. Building such a large group with wide-ranging styles and colors was particularly fun, as was bringing to life some of the most famous faces in comic book history. 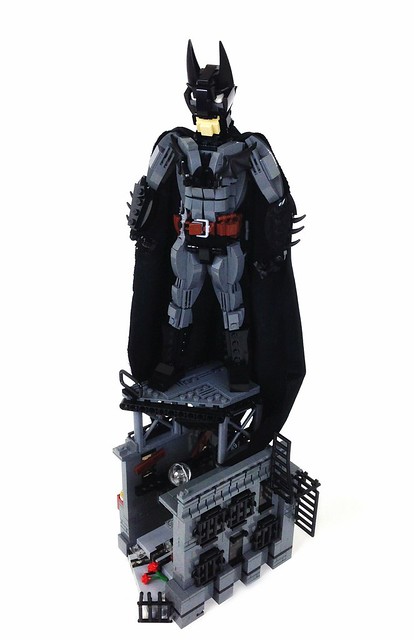 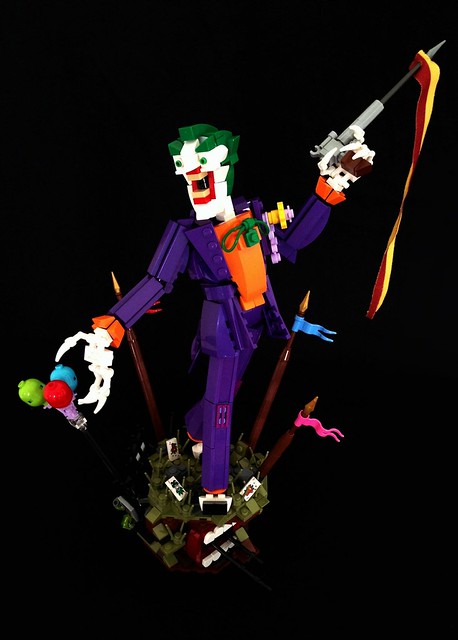 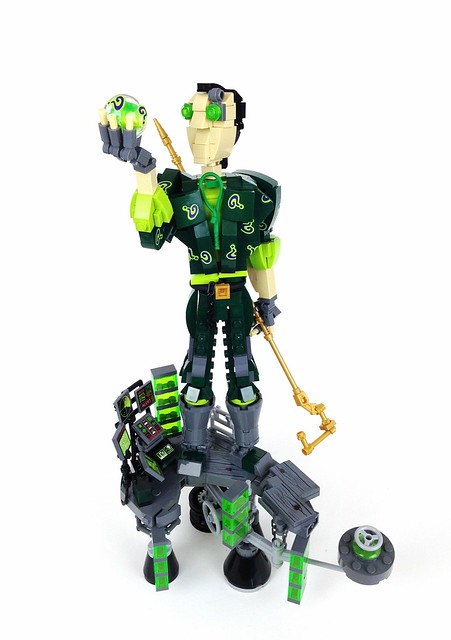 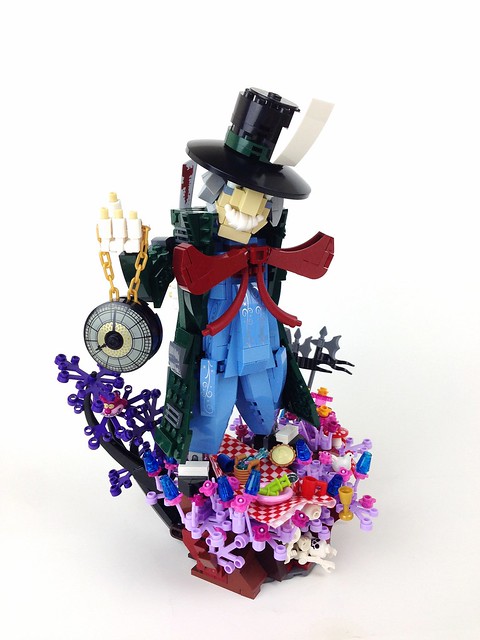 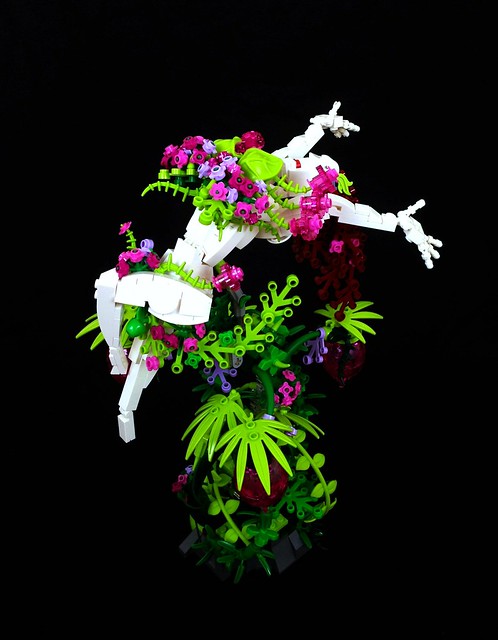 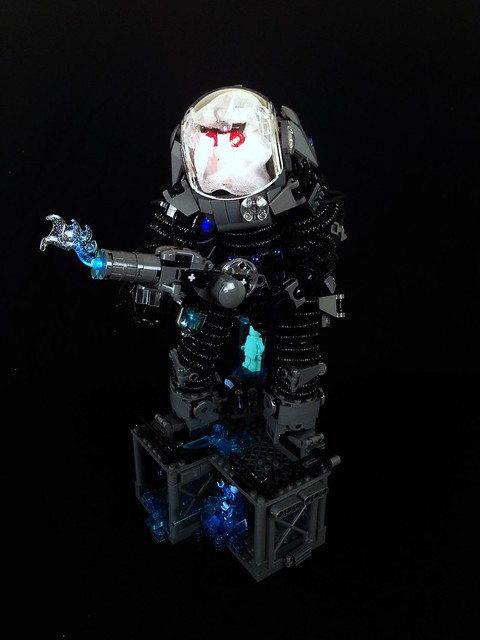 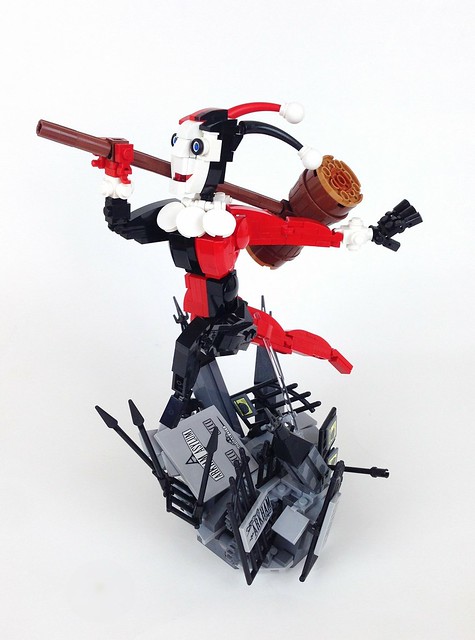 LEGO has announced the next wave of DC Superheroes Mighty Micros sets, slated for a release next January. This new wave of chibi-sized superheroes and villains and their vehicles will feature Batman vs. Killer Moth, Wonder Woman vs. Doomsday, and Superman vs. Bizarro. The sets will be on display at San Diego Comic Con in July. 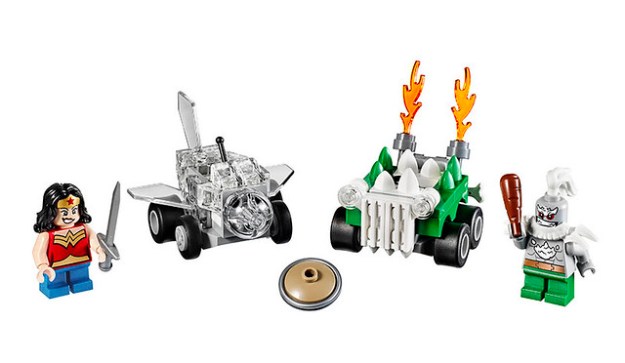 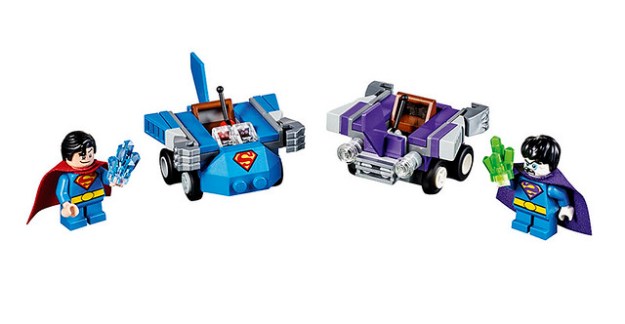 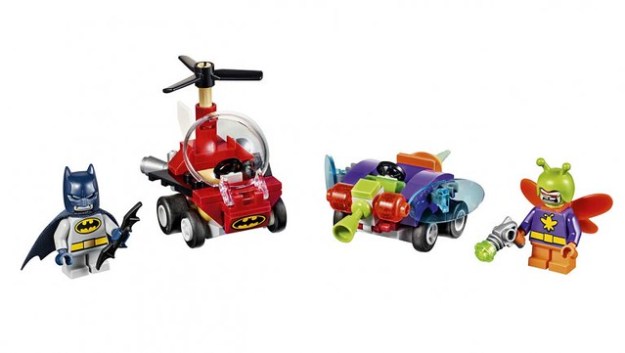 Tyler Halliwell is a guy who knows definitely knows his way around a bust! Renowned in the LEGO community for his amazing bust creations, Tyler’s latest character is Thanos together with the Infinity Gauntlet. Thanos is a Marvel Character who appeared in both The Thanos Quest and The Infinity Gauntlet series of Marvel Comics back in the 1990s. As a Marvel ‘baddie’, Thanos’ character has been depicted in the brick build featuring an evil grin and penetrating stare. Tyler used Lifelites (micro LEDs suitable for use with LEGO) to add a little more bling to the Infinity Gems. 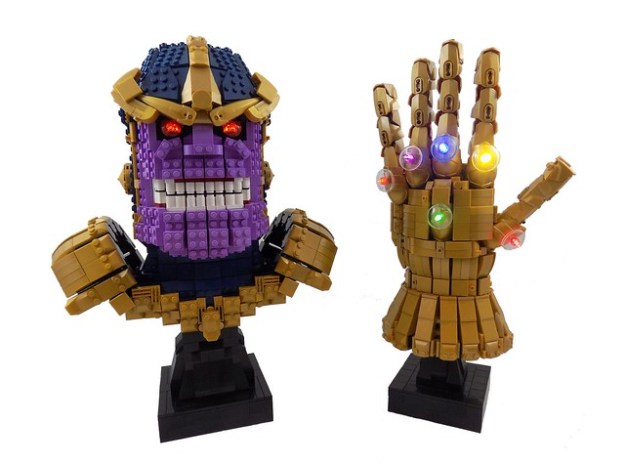 If you are a fan of busts…ahem…then check out some more that we have previously featured:

While we all love the iconic minifig, it does occasionally have its shortcomings. This was apparent in the Ultron minifigs from sets like The Avengers Quinjet City Chase or The Hulk Buster Smash. That version of Ultron was just too stubby and cute to be the monolithic, metallic machine that was the Ultron we saw in the movies. Luckily, takamichi irie does the character justice with this fan-made brick-built figure. 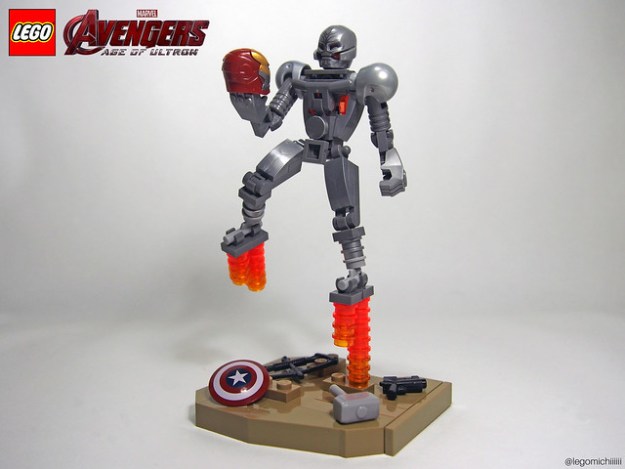 But it gets even better. The background behind Superman scrolls!

I know nought about Iron Man but Alex Schranz (“Orion Pax”) was obviously a fan of the comic and has dedicated 55cm worth of ABS to recreating this armoured superhero. His dedication to recreating the ‘muscles’ on the figure really lend it a drawn air. And as an added bonus the light in the chest actually works. Superb building. The keen-eyed will notice a slight difference between the most recent four shots and the rest.

Fredoichi recently unveiled this sleek bust of the Caped Crusader. I really like the smooth, finished look of this build. Now it just needs a voice chip saying, “I’m Batman”. I think I should hate Cade Roster for building this, but I can’t. His rendition of the “Artist Formerly Known As…” is really good. Like a good train wreck, I can’t stop looking at it, so I’m inflicting it on our loyal readers. Misery loves company and all of that. By the way, he says that it isn’t actually finished but he’s not working on it anymore. Be thankful. I’d be compelled to blog it again if he did….